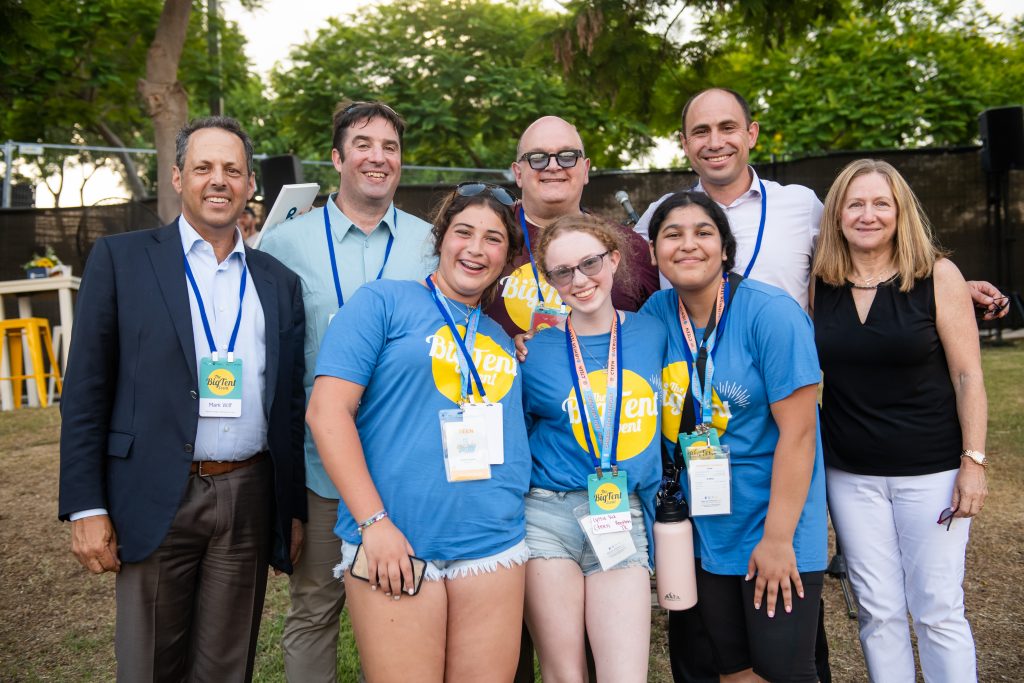 Mosaic United is investing $8 million in teen travel to Israel through a new partnership with RootOne.

Each year, thousands of teens from North America travel to Israel in an experience with their peers through a youth movement, summer camp, or other organization.  Studies show such trips have a tremendous impact on participants including on their levels of Jewish engagement compared to those with similar backgrounds who did not participate – which is reflected in those teens evaluating Jewish life on campus as a criteria when selecting a university, greater attachment to the Jewish community and Israel, intention to build and raise Jewish families, and more.

Israeli Minister of Diaspora Affairs, Dr. Nachman Shai remarked, “The Ministry of Diaspora is proud to invest in young men and women from all over the Jewish world and give them the opportunity to come to Israel and learn from an early age about Zionism, Jewish heritage, and culture hands-on. It is a formative educational experience that deepens the participants’ Jewish identities and has far-reaching implications for their further studies in schools and academic institutions around the world.”

A partnership between the Israeli Ministry of Diaspora Affairs and global Jewry, Mosaic United brings together, spurs, and equips organizations working to strengthen the connection of young Jews to their Jewish identities and Israel.

“This partnership demonstrates the critical importance Israel places on the teen travel experience,” said Gary Torgow, Chairman of Mosaic United.  “Together with our partners at the Marcus Foundation, other philanthropic institutions, and The Jewish Education Project, our three-year partnership stands to nearly double the number of under-engaged teens traveling from North America to Israel.”

Increased participation will be driven by $3,000 vouchers to subsidize the cost of trips, all of which must spend at least 20 days on the ground in Israel.  RootOne and Mosaic United will already increase the number of under-engaged teens coming to Israel in 2022 by 20%, by bringing 6,000 young people.  In 2023 the number of participants will grow to 7,500, and by 2024 participation is projected to nearly double to 9,000.

Among other advances, the RootOne-Mosaic model for teen travel will prioritize pre-trip and post-trip engagement as well as “mifgashim,” encounters with Israeli peers before and during the trip.

Yesterday, 2,000 RootOne participants gathered for the Big Tent celebration in Rishon LeTzion.  “Even for me, who works with this program every day, last night was a reminder that behind the numbers is a Jewish teen whose life has been transformed by a trip to Israel with their friends,” said Simon Amiel, Executive Director of RootOne.